Catalyst Public Affairs Group advocates with passion, backed by experience. Influencing public policy and legislation requires, access and ethical credibility. Your successful business has much at stake as key policy decisions are made. We make sure your voice is heard.

Decisions made by governments at all levels affect your future. Your concerns must be considered when important decisions are being made. Catalyst Public Affairs Group can be your advocate so you have a seat at the table during the debate.

Our team has been at the forefront of policy changes and key legislation that affect your business and your future. Talk with us to learn how the Catalyst team can play a role in setting the stage for you to succeed.

We believe in collaboration that benefits shared goals, values, and visions

We believe creativity is critical to delivering world class results

We are committed to fighting and winning for our clients

Catalyst’s clients expect results that have a meaningful impact on their business.

Policymakers at the local, state, and federal level make decisions that significantly impact the environment in which you conduct business. Catalyst’s advocacy puts its family of clients at the heart of important policy debates.

Even though Indiana’s constitution requires its legislature to function part-time, public policy is Catalyst’s passion full-time. Policy is developed and enacted throughout the year in all three branches and at all levels of government. Catalyst clients benefit from representation that is tailored to meet the unique needs of each individual, even when legislators are away from the statehouse.

Catalyst’s team of professionals work with you to identify and articulate specific goals, and devise a strategy to see you reach them. Whether your goals demand direct lobbying, legislative and regulatory monitoring, or engagement with state or local agencies, Catalyst designs and implements the plan best suited to meet your needs.

Catalyst works with your association leadership to identify areas of need and collaboratively builds a plan guided by your identified goals. Catalyst respects the challenge of stewardship that faces associations of all sizes. The Catalyst team helps maximize the resources your members entrust to you, while upholding your commitment to the association’s mission.

Catalyst amplifies the impact of your association.

Catalyst’s clients are not content with being a “best kept secret”.

A well-executed public affairs strategy that communicates your key messages to a variety of constituencies is a critical component of success. Catalyst works with its family of clients to craft custom communication plans that deliver maximum impact.

At Catalyst, we believe listening is the most important step in learning. Before trying to tell your story, Catalyst is committed to listening to your story. Catalyst’s team invests a great deal of time and energy in understanding who you are and what you’re driven to accomplish.

Born from your input, Catalyst’s strategic plans communicate your message – in your voice. Catalyst works with its family of clients to prepare them as credible, confident and effective spokespeople for their message. Catalyst helps your message break through the cacophony surrounding your constituencies to deliver a clear, concise, compelling, and persuasive message designed to educate and engage.

Catalyst’s communications are never intended to blend in. They are built to insure that the Catalyst family of clients stands out.

There is power in grassroots advocacy. Catalyst harnesses that power for its family of clients.

A successful grassroots effort is critical to legislative success.

Catalyst provides its clients with professional and coordinated grassroots solutions designed to activate and empower citizens, arming them with the knowledge and skills necessary to advocate for change.

Catalyst teams with you to implement a grassroots strategy that yields results. Catalyst’s influence and contacts help you identify and engage powerful local influencers, build coalitions that strengthen the impact of your message at the state, local and federal level, and effectively utilize technology to articulate your message.

The procurement process can be an intimidating process to navigate.

Give your business the Catalyst PAG advantage by allowing us to be your trusted partner to collaborate with any political subdivisions. 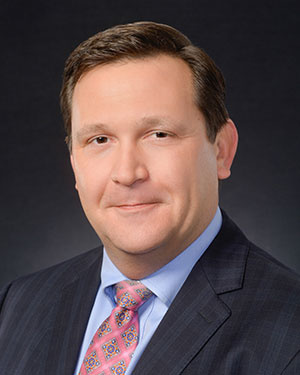 Matt BellPrincipal
Matt Bell, a founding partner of Catalyst Public Affairs Group, offers a wealth of public and private sector experience to the firm’s clients. Matt was elected to the Indiana House of Representatives in 2005. Matt rose to the rank of Ranking Minority Member of the Public Policy Committee. He also served on the Labor and Employment Committee and the Family, Children, and Human Affairs Committee.

Matt previously served as the Vice Chair of the Public Policy Committee (2006), the Ranking Minority Member of the Labor and Employment Committee, a member of the Insurance Committee, and the Natural Resources Committee. Matt was named the Indiana Chamber of Commerce’s Small Business Champion for 2007. He achieved a
95% voting record, the highest percentage achieved by any elected official in the Indiana General Assembly, on issues of importance to the Indiana Chamber of Commerce during the 2008 session. His two-year aggregate rating from the Chamber was also 95% which ranked second among all legislators during the 115 th General Assembly.

Prior to joining Ivy Tech, Matt served as the founding Chief Executive Officer of the Regional Chamber of Northeast Indiana. The purpose of the Chamber is to advocate for the creation of a climate that is inviting to business investment and economic development across a ten-county region in Northeast Indiana.

Matt was honored to conclude a four-year term as a Commissioner of the Indiana Gaming Commission in October of 2014. Matt served as Chairman of the Commission from 2013-2014 and was awarded a Sagamore of the Wabash by Governor Pence upon his retirement from the Commission. 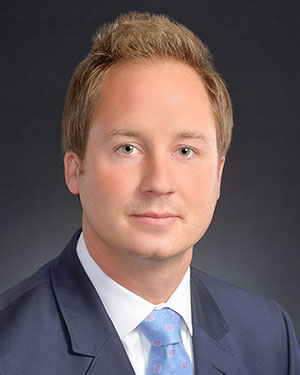 Anthony MitsonPrincipal
As a founding partner of Catalyst Public Affairs Group, Anthony brings several years of experience to the firm. In helping meet the needs of the firm’s clients, Anthony’s focus is on legislative and executive branch lobbying, as well as state and local procurement.

Before starting the firm, Anthony served as the Director of Government Affairs for the Regional Chamber of Northeast Indiana. In that role he served as the organization’s lobbyist and worked closely with both legislators and northeast Indiana businesses to develop and execute policies that fostered economic growth and prosperity for the ten county region. During his time with the Regional Chamber, Anthony led successful efforts on a variety of issues including right to work, workforce training assistance for existing businesses, and expansion of the research and development tax credit. He led an effort to amend the Indiana Code to allow for a revered Northeast Indiana venue on the Historic Preservation list to apply for and attain a liquor permit.

Before joining the Regional Chamber, Anthony worked as assistant to Attorney General Greg Zoeller where he served in both executive and legislative capacities as well as Zoeller’s chief political aide for three years.

Anthony is a native of Fort Wayne, and attended IPFW on a tennis scholarship and graduated with a degree in Secondary Education. 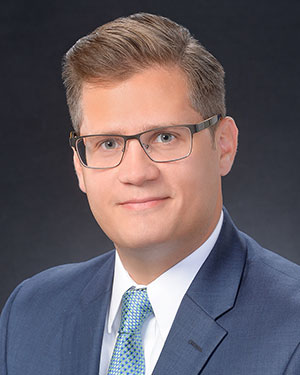 Scott served as Student Body President for the University of Southern Indiana, Policy Intern and Verizon Scholarship winner for the Indiana House of Representatives, Special Assistant to Gubernatorial candidate Jim Schellinger, Political Director for the Marion County Democrat Party, Campaign Manager for Congressman Carson, and the 2015 Indianapolis City-County Council campaign coordinator. He is also a former Chief Deputy appointee to the Marion County Board of Voter Registration.

Scott is involved with emerging technology markets and knows how to best leverage these resources on behalf of our clients. Scott played a critical role in the formation of a successful Indiana tech software startup as an early advisor and has continued to help grow the client base to more than 1000 users. He has experience at the Indiana Innovation Showcase and entrepreneurial innovation training through Launch Indiana.

Scott serves as the Vice Chairman of the 7th District on the Indiana Democratic State Central Committee. Scott was appointed to the Marion County Property Tax Board of Appeals in December of 2016. He is also a member Meridian-Kessler Neighborhood Association, Marion County Democrat Chairman’s Club, Washington Township Ward Chair, and the Indiana Victory PAC. In 2013, Scott established an annual scholarship through the University of Southern Indiana College of Liberal Arts awarded to a student of the University who volunteers on a local political campaign regardless of party affiliation. 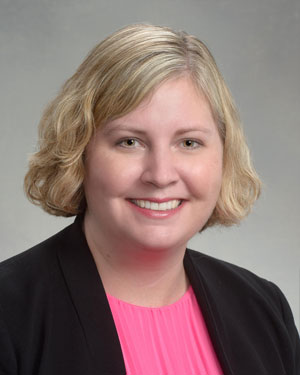 Gretchen WhiteVice President
Gretchen White brings a diverse background spanning more than fifteen years in the government affairs arena. Gretchen’s work experience has primarily focused on successfully advocating at the state and local levels of government where she has led on a variety of complex, tough issues.

Her previous experiences include work within several statewide trade associations, a Fortune 500 corporation, state government, and political campaigns. Most recently Gretchen served as Director of Government Affairs for a statewide trade association focusing on housing policies. During this time her peers in the government affairs arena selected her to serve on the Governmental Affairs Society of Indiana (GASI) Board of Directors and she was subsequently elected President of the Board (2015-2016).

Gretchen got her start in politics as a college student assisting on the 2004 Mitch for Governor Campaign and credits those long days for her strong work ethic. Gretchen also completed legislative session internships with the Indiana House of Representatives and a law firm’s Public Affairs Group before graduating from Purdue University with a degree in Political Science. 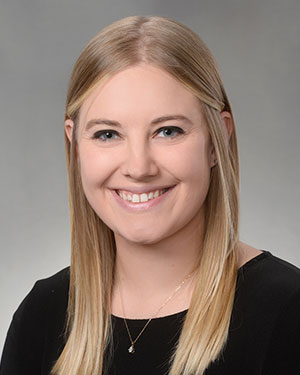 Sarah QuinnVice President of Operations
Sarah Quinn is the Vice President of Operations for the Catalyst Public Affairs Group. Before joining the Catalyst team in November of 2018, she worked for the Indiana House Republican Caucus, first as member services intern at the Statehouse, and later as the finance assistant for the House Republican Campaign Committee. Along with her role with the House Republican Campaign Committee, she also served as a fundraising assistant for various municipal, state and congressional candidates. Through her experience with the legislative process and campaign finance, Sarah brings years of experience from both sides of the political world.

A University of Evansville graduate, Sarah double majored in international studies and Spanish, with a minor in political science. While in college, Sarah had the opportunity to spend a semester studying Spanish and culture in Valparaíso, Chile. She and her husband, Jacob, reside in Carmel with their daughters, Eloise and Grace, and goldendoodle, Ozzie. 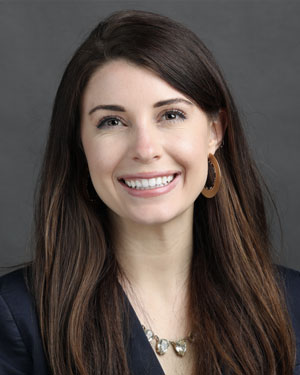 Savannah KerstiensDirector of Communications
Savannah Kerstiens is the Director of Communications at Catalyst Public Affairs Group. Before joining Catalyst in January 2021, Savannah worked on Capitol Hill as the press secretary for Susan W. Brooks. As a press secretary, Savannah directed communications activities, issued press releases on behalf Rep. Brooks, and wrote talking points for media engagement. She also organized local press events and was tasked with updating the official website and managing the Congresswoman’s social media accounts. She worked closely with the legislative and policy staff to track bills in order to effectively communicate to the general public.

Ms. Kerstiens is a graduate of Indiana University’s School of Liberal Arts, where she earned a bachelor’s degree in communication studies and minors in political science and public relations. She served as a communications intern for the Indiana State Senate and also interned with Catalyst before graduating in 2019.